The Lindau Nobel Laureate Meetings are jointly organised by two institutions: the Council and the Foundation. They advance the constant development of the meetings. 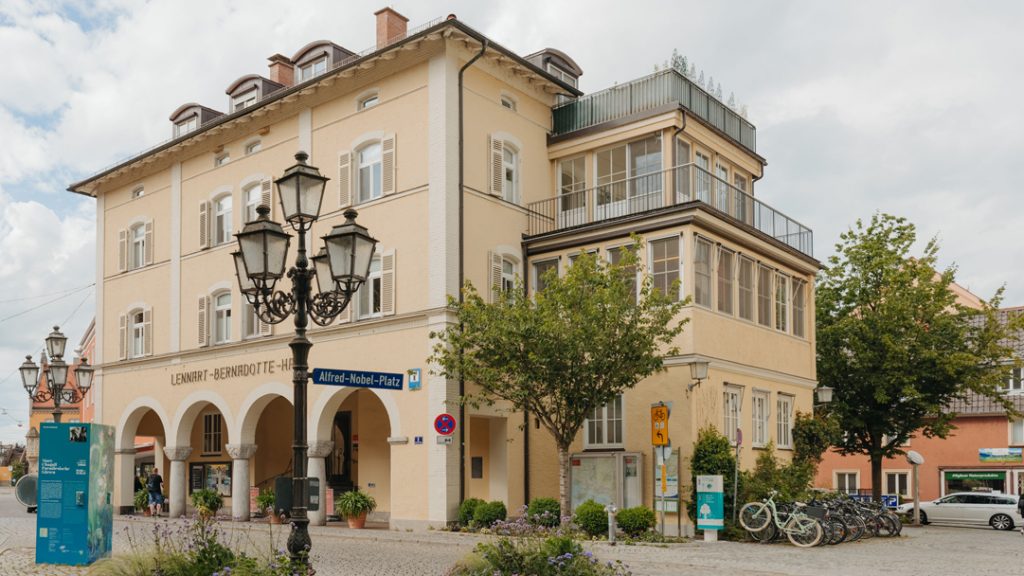 The Council for the Lindau Nobel Laureate Meetings was founded in 1954, three years after the first Lindau Meeting, to secure their existence and shape their future development. Count Lennart Bernadotte, one of the three founders of the meetings, became the first president of the Council.

The purpose of the Council is to organise the annual meetings on the basis of an elaborate scientific programme. This includes the establishment and maintenance of close relations with scientific partners worldwide.

The Council will ensure that eligible and qualified young scientists get the chance to participate in the Lindau Meetings. In this regard, the Council is also responsible for the acquisition of financial means for organising the meetings – in close collaboration with the Foundation. The Council maintains an executive secretariat in Lindau.

Claudia Alfons,
Mayor of the town of Lindau

In general, the Foundation’s objective is to promote science, research, and related societal activities. In particular, its main purpose is to ensure the continuance and further development of the Lindau Meetings. This includes the support of outreach projects and initiatives.

The members of the most prestigious committee of the Foundation, the Honorary Senate, are valued advisors to the board of directors and distinguished ambassadors for the cause of the Lindau Meetings.

Foundation Board of Directors

Through their membership in the Founders Assembly, Nobel Laureates demonstrate their strong support of the Lindau Meetings and entrust the Foundation with the consistent further development of Lindau’s intergenerational dialogue. To date, 350 Nobel Laureates constitute the assembly.

Members of the Founders Assembly

The most prestigious committee of the Foundation Lindau Nobel Laureate Meetings is the Honorary Senate. Its members function as advisors to the board and distinguished ambassadors for the cause of the Lindau Meetings:

Christof Bosch, Member of the Board of Trustees of the Robert Bosch Stiftung

Volkmar Denner, Chairman of the board of management of Robert Bosch GmbH

Martin T:son Engstroem, Founder and Managing Director of the Verbier Festival and Academy

Ulrich Grete, Member of the Board of Trustees of the Ecoscientia Foundation

Bertrand Gros, Chairman of the Board of Rolex SA

Henning Kagermann, President of the acatech – National Academy of Science and Engineering

Walter B. Kielholz, Chairman of the supervisory board and former CEO of Swiss Re

Pamela Mars, Member of the Board of Directors of Mars, Inc.

Angela Merkel, Chancellor of the Federal Republic of Germany

Ferdinand K. Piëch (†), Former Chairman of the Supervisory Board of Volkswagen AG

Thomas Schmidheiny, Member of the Board of Directors of LafargeHolcim Ltd

Gunnar Stålsett, Bishop emeritus of Oslo and member of the Norwegian Nobel Committee

Tony Tan, President of the Republic of Singapore

Martin Winterkorn, Former Chairman of the Board of Management of Volkswagen AG